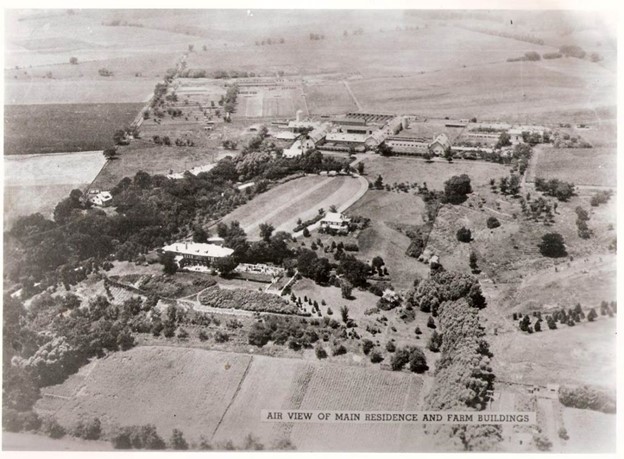 Shortly after the opening of the Louisiana Purchase and the exploration of the Iowa Territory, early settlers found the Mississippi Valley to be a great spot to settle down, plow up the land and start farming. The area that would become known as Riverdale was no exception.

The “pleasant valley” that now makes up rural Bettendorf, Panorama Park, the Pleasant Valley “onion fields,” and Riverdale were no exception. By the mid 1840’s, the house we know as “Crissey House” was built, making it the earliest permanent structure still standing in the community. Originally owned by Christopher Rowe, it eventually passed through the J.R. Nutting Family until it was purchased by Mr. and Mrs. John Crissey in 1937.

Another old homestead in the community was the farmland and homes owned by the Welch family. Members of the Welch family worked farmland both on top of the hill and in the valley below from 1876 until the farm was finally sold in 2017.

The Iowana Farms and Dairy

By the time the Crissey’s had purchased their new home, though, the area had other farmers in the area. Most notable of those was Col. George Watson French and his large dairy farm operation on the top of the hill – known as the Iowana Farms and Dairy. Originally started as a hobby (Col. French was employed full-time as president of French and Hecht in downtown Davenport, Iowa), it quickly grew to be a profitable operation and model dairy farm.

The Iowana Farm was well known for its pure bred stock, raising the standard for dairy cows across the country. Iowana Holsteins and Berkshires were so popular, entire herds were shipped from the dairy farm to other operations throughout the country.

Eventually, Col. French expanded the Iowana Dairy operation to include retail stores (selling fresh meats, dairy and ice cream) throughout Davenport and a plant with attached store in downtown Bettendorf. When the plant opened in 1938 it was hailed as a modern manufacturing marvel and included a sleek ice cream parlor that would remain in operation until the business closed in 1973.

As for the farm in what would become Riverdale, it featured a number of large barns and homes for key personnel – most notably a large mansion known as “West Hill House” which stood where Elmhurst Lane makes it grand circle and the smaller mansion across the ravine known as “East Hill House” which is still used as a private residence. The caretaker’s house (139 Elmhurst Lane) still stands as the only other remaining, original structure.

Other businesses opened in the area (S&W Manufacturing, the Hass Poultry Farm, Charlotte’s Market and other) and then, in 1946, Aluminum Company of America (ALCOA) announced its intention to build a $30 million sheet and plate rolling mill on the land that had previously been the vineyard for the French family estate.

The new plant would take more than two years to build, but discussions (and disagreements) about the long-term future of this part of unincorporated Scott County. The area was continuing to grow (the Haven’s Acres subdivision opened in 1947 with forty-one lots) and it was clear the property taxes that could be generated from all of the development could be a potential financial windfall.

Bettendorf enacted plans to annex the area and make it part of the city, but both ALCOA leadership and local residents objected.

The fight for Riverdale’s independence had begun.

The Birth of Riverdale

The legal fight that ensued lasted nearly four years. Finally, on December 27, 1950, Judge M. L. Sutton determined that Riverdale could incorporate and that city officials elected just days prior should be sworn into office.

But the legal struggles didn’t end there.

As the newly-minted mayor and city council worked through the establishment of various ordinances, selecting a fire chief and other city matters, Bettendorf raised the legal stakes by appealing Judge Sutton’s ruling and launching a new series of battles that eventually found their way into the Iowa Supreme Court.

On February 9, 1953, it all finally came to an end when the Iowa Supreme Court ruled that Riverdale’s position was to be upheld and that Bettendorf’s attempt to forcibly annex the land, its businesses and residents was unconstitutional.

Riverdale could finally get down to business.

Since the 1950’s Riverdale residents have enjoyed a variety of traditional celebrations with their friends and neighbors. These events are all volunteer led and coordinated and vary from year to year based on the time available and the resources available to those involved.

Ice Cream Social - In June, the City hosts an ice cream social at Volunteer Square Park featuring live music, cool treats, and plenty of opportunities to catch up with friends and neighbors.

Fall Fest – Fun and games in Bicentennial Park prove to be a great way to say goodbye to summer and hello to fall.

Trick-Or-Treat – Ghosts, goblins, princesses, and superheroes walk the neighborhoods of Riverdale each fall, scaring neighbors and loading up on their fair share of candy and treats. It’s a great community night, uniting kids and parents around the one thing everyone loves: candy!

Winter Celebration - Each December, residents gather at City Hall to ring in the holidays and enjoy the fellowship of friends and neighbors. Typically, Santa makes an appearance, riding in on a Riverdale Fire Department fire engine! 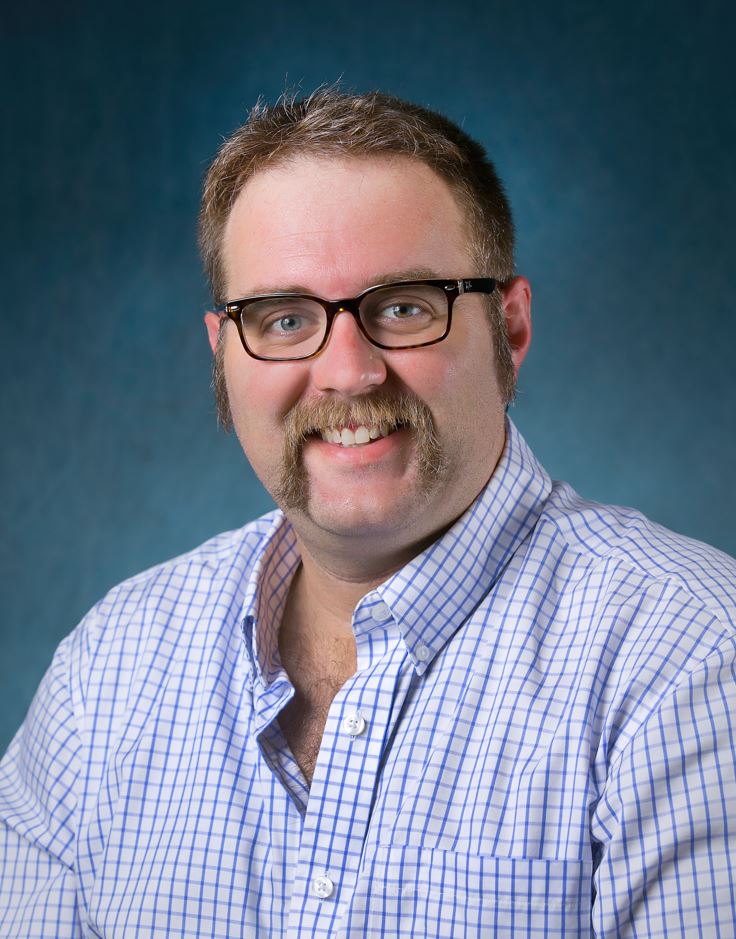 Mayor Anthony Heddlesten was elected in 2021 and began his 2-year term in January of 2022.  Prior to serving as Mayor, Anthony was a council member for the preceding 4 years, also serving as Mayor Pro Tempore during the last two years of his term.  Mayor Heddlesten is a licensed Professional Engineer, a Certified Floodplain Manager, and a Certified Elected Municipal Official.

Outside the City, he works as a supervisor for a local civil and environmental engineering department and occasionally deploys on disaster response missions.  He, his wife, and two sons have lived in the Pleasant Hills Addition of Riverdale since 2017.

As an environmental engineer, Mayor Heddlesten is passionate about environmental issues, so you may find him in his yard tending to his prairie restoration and the Federally endangered rusty patched bumble bees that live within, checking on his solar panel array, or plugging in his PHEVs that charge off the array.